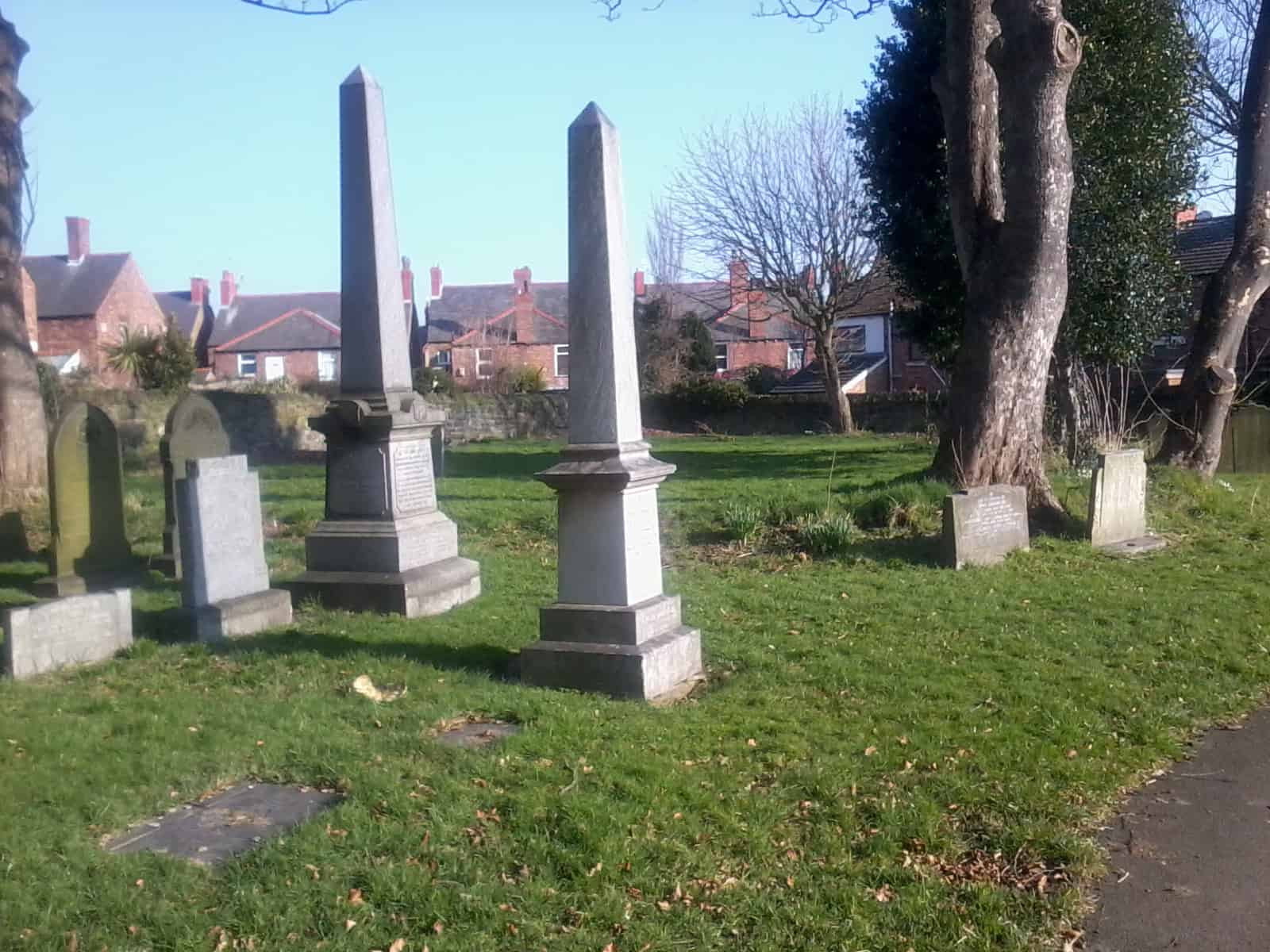 This The Delaware Township Post  is a continuation of the story of the Rake Cemetery near Sand Brook. If you haven’t read Part I yet, check out the previous post so this installment will make more sense.

The Sergeant Family
Even though no one from the Sergeant family is buried here, they are important to the cemetery for two reasons. First, the farm of William and Elizabeth Sergeant, and their son John T. Sergeant, is adjacent to the cemetery. Secondly, John T. Sergeant was married to Mary J. LaRoche, until his death in 1865, and she then married James Goodfellow, who I described in Part I. It appears that Goodfellow took over the Sergeant farm, which was located on the west side of Sand Brook-Headquarters Road, just south of the village.

In the 1880 census I mentioned in Part I, Elizabeth Sergeant, age 80 and widow of William Sergeant, was living with Mary J. Goodfellow and her husband James. This Elizabeth Sergeant was born June 30, 1799 to John G. Trimmer and Mary Opdycke, and died on March 5, 1882. But she was not buried in the Rake Cemetery. She was buried in Larison’s Corner Cemetery in East Amwell.

Elizabeth’s husband William Sergeant died in 1865 and was also buried in Larison’s Corner Cemetery. Their son John Trimmer Sergeant died the same year and was buried at Larison’s.

There is one person who lived with the Sergeants who deserves special mention, and that is Ebenezer Fiske. His gravestone states that he died on November 12, 1852 at the age of 88, which means he was born about 1764, making him just a little too young to take part in the Revolutionary War.

In the 1850 Census for Delaware Twp., Ebenezer Fiske, 86 years of age, was living with William Sergeant’s family. There were others living with the Sergeants who were not related to them: Oliver H. Johnson 10, Elizabeth Dalrymple 15, Rachel Dalrymple 9, and Rebecca Rodenbock 27. Perhaps the Sergeants were providing shelter for some of the town’s poor. There was no Ebenezer Fisk in the 1840 census for Delaware Township, but there were several of that name in New Hampshire, Vermont, Pennsylvania and New York.

According to Egbert T. Bush, this gentleman was known as ‘Nezer’ Fisk, and was considered a local character. It was said of him that he “drifted” into Sand Brook as a stranger without ‘kith or kin,’ while helping to build “the big bridge.” Bush speculates that was a reference to the bridge over the Delaware at Stockton which was built in 1812. Why Mr. Fisk decided to spend his last years in Delaware Township is a mystery. But at least he was given a proper burial, and a very handsome stone.

The Rake Family
The farm of William Sergeant originally belonged to John and Else Rake. Hence the name, Rake Cemetery. There are members of the Rake family buried here, but not John and Else. Or if John (who died in 1805) is buried here, his stone is gone. Else might be buried in the Rockafellar cemetery in East Amwell. This is a separate story that I will save for a future post.

John Rake was probably a German immigrant, born about 1740, who appears in Amwell as early as 1761, when Johannes Rake witnessed the will of Jacob Houshel. His first child, John Rake Jr. was born May 22, 1768, according to the family bible, and died on March 4, 1826. The Bible did not say where he was buried, and his stone does not appear in the Rake cemetery. His wife Euphemia or Ufamy was born June 6, 1769 and died August 31, 1846. John Rake Jr.’s death was noted in the Hunterdon Gazette, and is a story in itself—something else for a future post.

The second child, Henry Rake, born about 1770, married, had two children, and moved to Pennsylvania.

The third child, Elizabeth, remained a spinster. She bought and sold parts of her parents’ estate after their deaths, and eventually moved to Doylestown, where she died in 1834.

I did not get a good picture of Lydia Larew Rake’s gravestone, but I did get what appears to be her footstone, which is interesting because it reads “L x R,” or Larew plus Rake, an interesting way to acknowledge the two families.

Just as a reminder, going back to the Larew connection, Lydia and Anna’s father, Moses Larew, was the uncle of Uriah Larew, mentioned earlier.

The fifth child of John Rake Sr. was Solomon Rake, born about 1778. He married Catherine Kitchen in 1801, and seems to have left Hunterdon County.

These were the five children that John Rake appears to have had with a first wife, whose name is not known. His second wife, Else, bore him three children, Jacob, Philip and Franklin. Jacob Rake, born about 1788, lived along Route 523 south of Sand Brook. He wrote his will in 1817 and died in 1821. I do not know where he was buried. His wife was Hannah Thatcher, whom he married in 1808. I have no information as to when she died.

They had four children, one of whom, Philip Rake, was born on November 19, 1815 and died February 19, 1865. He was buried in the Rake Cemetery, but appears never to have married. Apologies for the poor lighting in this photograph.

Two of Philip Rake’s brothers, William and Thatcher Rake, are mysteries to me. A third brother, David Rake, married Ury Mason in 1832, and in 1842 bought the “Skunktown tavern” from Isaiah H. Moore. He sold it to George W. Gaddis the same year, and may have left Hunterdon County after that.

There is one more member of the Rake family buried here: Caroline Rake, who died in 1834. She was probably the 4-year-old daughter of William Rake and Lydia Larew.

This seems like a good place to stop. There will be a Part 3 of “The Rake Cemetery” in the near future. And I will have to follow up with three items from this post: 1) the story of William and John T. Sergeant; 2) the death of John Rake Jr.; and 3) the identity of Else Rake.